10 Things Top Publishers Are Doing to Prepare For Chrome's Adblocker

This is a transcript of webinar recording Feb 15, 2018

Moderated by Dan Rua, CEO of Admiral, the industry's most popular anti-adblock solution.

Dan Rua: And to the webinar, 10 Things Top Publishers Are Doing To Prepare For Chrome's ad blocker.
​
Dan Rua: The agenda for the webinar today, we've got a ton of material, so we're going to go kind of fast. If you have questions, please ask them in the question bar of the Go To Webinar control panel.
​
Dan Rua: Our agenda, we're going to do some quick panelist intros. We're going to some background and Q&A. That's really kind of to make sure everyone understands the terminology. What are we talking about when we talk about better ads, what are we talking about when we're talking about the Chrome adblocker. And then the meat of this is going to be the second half, which is what can publishers do to prepare, and what are publishers doing to prepare? And so that will be Q&A with the panel. And then we'll wrap up with potentially open Q&A, assuming we still have time, and we'll take questions from the audience for the panel.
​
Dan Rua: So just some real quick panelist intros. So myself, as I mentioned, I'm the CEO of Admiral. Admiral helps publishers worldwide size and solve their adblock losses, drive adblock recovery. It drives higher recovery RPM than any other anti-adblock solution on the market. So this is a topic near and dear to our hearts. We're the largest in the category, we help over 12,000 publishers worldwide, and we're excited to be a part of this. We actually apply the Better Ads standard ourselves, in deciding which publishers we help. And we'll get into that a little bit later.
​
Dan Rua: Chuck Curran, if you could, give us a little background on yourself. Chuck is with us from the Coalition.
​
Chuck Curran: Yeah, hey. This is Chuck Curran, I've been working as counsel as Coalition for the past year, since the launch of the Better Ads standards, and happy to walk you all through the thinking and the reasoning and how the Coalition hopes that these can make a difference for consumers, and also make a difference for publishers in terms of something that's useful for that dialogue with the consumer about whether or not you are delivering a Better Ads experience.

Mike McCleod: And so there are guidelines in the new IAB display ad guidelines. I think it's on page 11. And so, we joined the IAB and we participated in the working group, so that we could contribute, and based on our experiences to how many file calls that we felt was acceptable when you're building an HTML5 creative. What we were seeing in the industry is how many tracking pixels, and how many other things were added to ads, we're able to contribute to that. But what I'll say is that if you can join the IAB, if you can get involved in the working groups, it helps give you information and give you more in depth knowledge, and can help inform how you make your own products. But even if you can't get involved, really sort of reading through the material, and trying to understand it, and if you don't understand it, asking your peers in the industry, posting to message forums, is basically part of what I would say is really get into the weeds with the documents as they're released, and then try to work to understand them.
​ 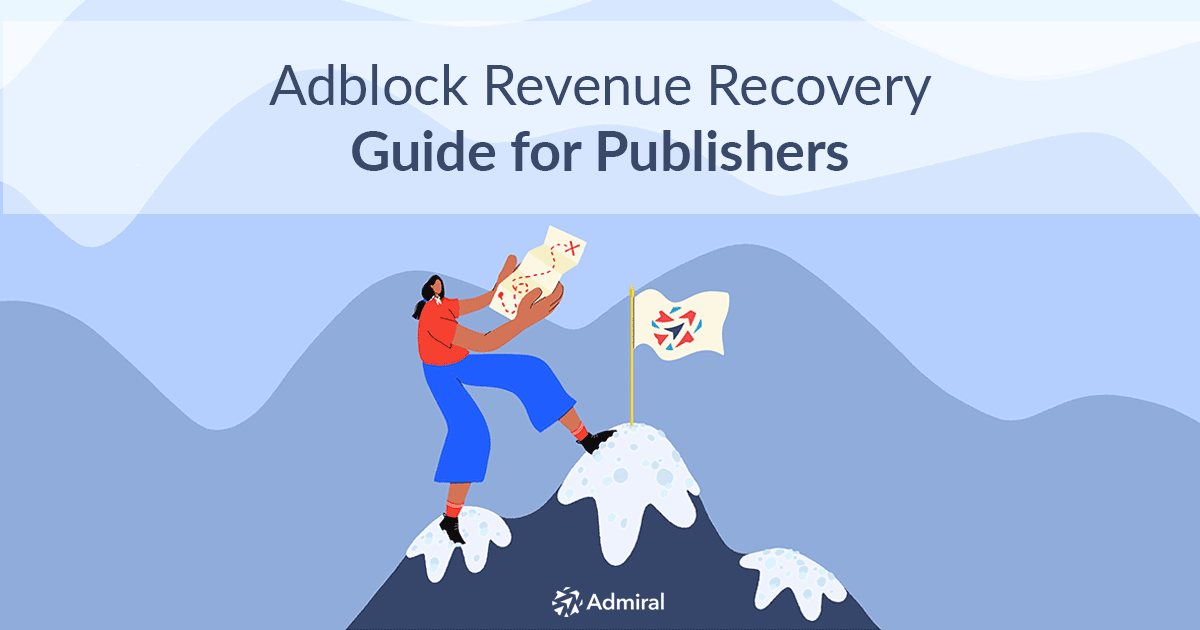 The following is a transcript of the AdTech Unscripted podcast, hosted by Rob  Janes, Head of...
Read More
anti adblock

Adblockers can break, disrupt, or filter our many aspects of a website that go beyond merely...
Read More
acceptable ads

Taking Adblock Recovery to the Next Level - ...

Admiral continues to evolve what is possible with adblock revenue recovery to maximize publisher...
Read More